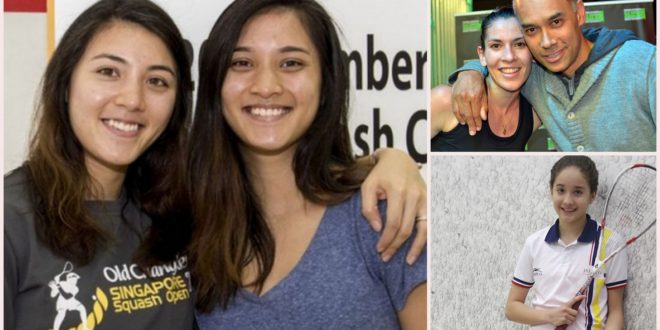 Malaysia’s Low Wee Wern has pulled out of 2016 WWTC. She is replaced by Rachel Arnold (world number 65) who is joining Nicol David, Sivasangari Subramaniam and her sister Delia (picture below) in the squad. This is bad news for Malaysia because although Wee Wern hadn’t got back to her best after knee surgery in 2015, she had been key in helping her team reach the finals two years ago in Canada, beating Egypt’s El Sherbini in the semi-finals.

Another player who won’t be making it to Paris is Mexico’s number 1 Samantha Teran. She is replaced by 15 year-old Diana Anguiano (picture below), who will be the youngest player in the tournament.

Finally, New Zealand’s coach Shelley Kitchen will not be with her team due to personal reasons. Former professional player Glen Wilson (picture below with Joelle King) will be managing the Kiwi girls during the event.