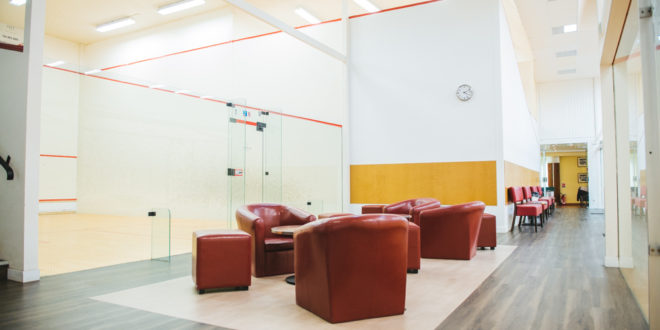 For the first time, the city of Paris will host a big international squash event*: The Women’s World Team Championship at the end of November and beginning of December. The tournament will be played in three different venues: the Jeu de Paume, the Squash Club of Saint-Cloud, and the Palais des Sports Robert Charpentier in Issy-les-Moulineaux, where a glass court will be set up for the occasion. After the Jeu de Paume, today we focus on Saint-Cloud. 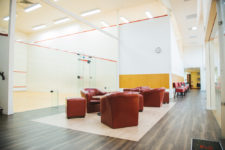 Top-level squash will be back to Saint-Cloud for the Women’s World Team Championship. The club had some huge success in the 90s and at the beginning of the 2000s, thanks to its men’s team. Capitol Saint-Cloud were crowned French club champions 11 times in a row between 1991 and 2001, and also won the European Club Champions five times (they are the only club in France to have won the men’s event). Those years were remembered by countless finals against their big rivals – Rouen Squash – who took the national title from 2002 to 2008. Let’s not forget the women: during this period Squash Saint-Cloud 92 won the national title 9 times (as well as the 2 European Cups) and Capitol twice. Many top 10 players wore the Saint-Cloud jersey during those years, including Jansher Khan, Jonathon Power, James Willstrop, Lee Beachill, Anthony Ricketts and Laura Massaro.

The Squash Club of Saint-Cloud boasts more than 350 members, who practice their sport on one of the 6 courts, which have been recently renovated and are air-conditioned. A new management team has been in charge since September 2014 and the squash academy has grown thanks to the efforts of the coach, former professional player Lucas Vauzelle. As far as competitions go, seven teams play in the critérium Île-de-France and four tournaments are held each year. Led by the Delavison sisters (both former French top 10 players), the women’s team just got promoted to Nationale 1 (picture below). The Squash Club of Saint-Cloud will host WWTC matches during the whole tournament: pool matches from Monday to Wednesday and then playoffs from Thursday to Saturday. Spectators will have the opportunity to support the French team in the group stage in Saint-Cloud. Meanwhile, French number 2 might already visit the club next Tuesday, since her team of Creteil is playing away at Saint-Cloud in the critérium Île-de-France.

*The European Club Championships were held in Paris in 1994. 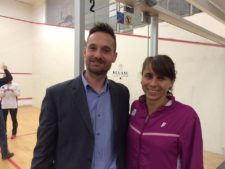 “For us, hosting the world championship is amazing. We are happy to be associated with such a competition, which enables us to be part of French squash history. Saint-Cloud won several European championships in the 90s, therefore this major event is an opportunity to reconnect with this glorious past. Welcoming the best players in the world is also the chance for all our members – youngsters and adults of all levels – to observe excellence.”

Share
Previous INSIDE THE TEAMS, EPISODE 1: THE DUTCH GIRLS ON THE ROAD TO PARIS
Next INTERVIEW WITH A SQUASH LEGEND: SARAH-FITZ-GERALD