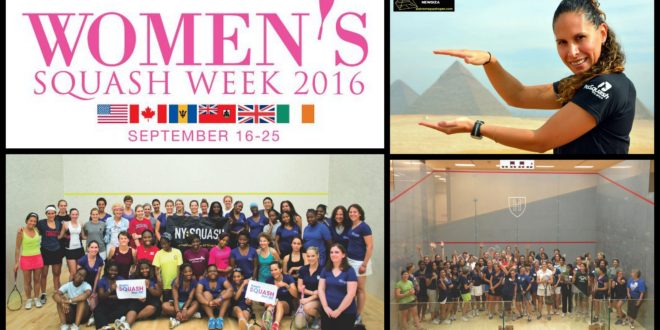 While the best female players in the world are competing in Macau and next to the Pyramids in Egypt, Women’s squash week is being held from the 16th to the 25th of September around the U.S., Canada and Europe. The purpose of this event is to help promote the game, and to bring women squash players together in order to build a stronger community. It’s also an opportunity for beginners to learn more about the game and to get to know other women squash players in their area.

In 2008, New York’s Jessica Green and Emily Stieff started “Women’s Squash Night” as a way for New York Squash to kick off the season and to build growth in women’s squash. In 2011, after four successful events in New York, AJ Copeland reached out to Stieff to put a similar event together in Washington, D.C. In the fall of 2012, the night turned into a nation-wide celebration – Women’s Squash Week – and has been celebrated every year since, not only in the U.S. but all over the world (in England, in Canada, and even in Barbados and Bermuda).

Last year’s Women’s Squash Week saw record numbers with more than 1,500 women participating in twenty-seven cities across eighteen states within the U.S. as well as five cities in Canada and two in England. The event’s fifth year aims to continue the upward trend. Last year also saw the introduction of social media with a US Squash Women’s group Facebook page and #WSW2015 being used to build a national supportive women’s squash community.

Women’s squash nights really help to dramatically increase local tournament and league play along with the number of women seen on court at the clubs on a daily basis. They provide a welcoming and social introduction for those beginner players which in turn helps to build a strong community of women’s players. 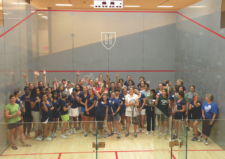 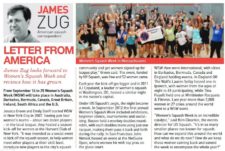 Share
Previous MASSARO, WEE WERN, SERME AND THE PYRAMIDS
Next STORIES OF WOMEN