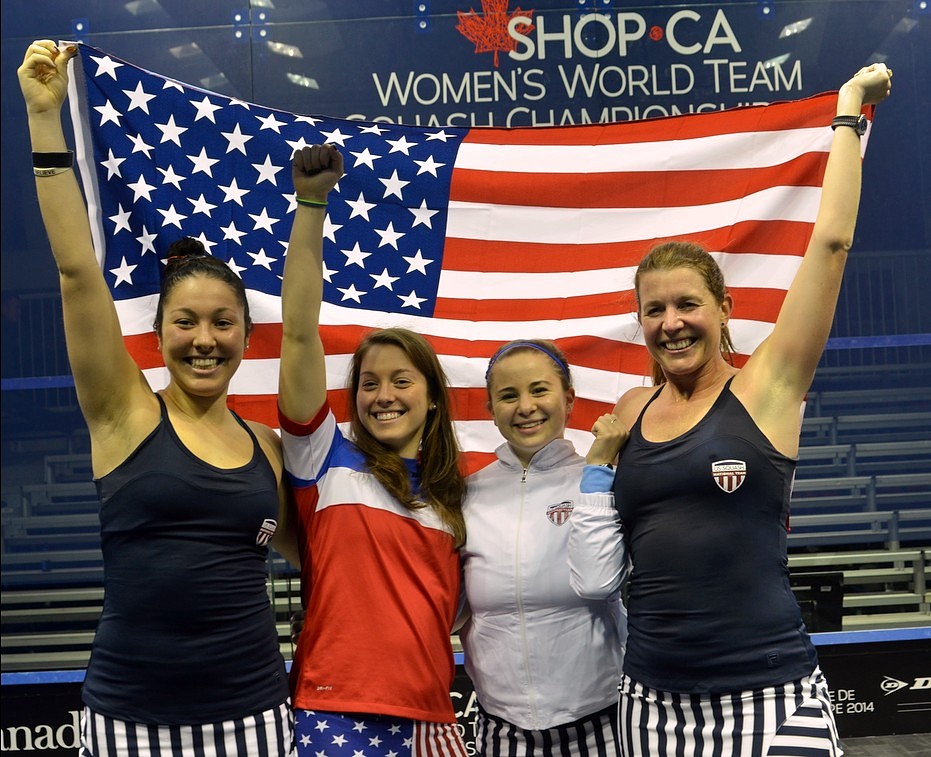 USA hold off hosts in Niagara 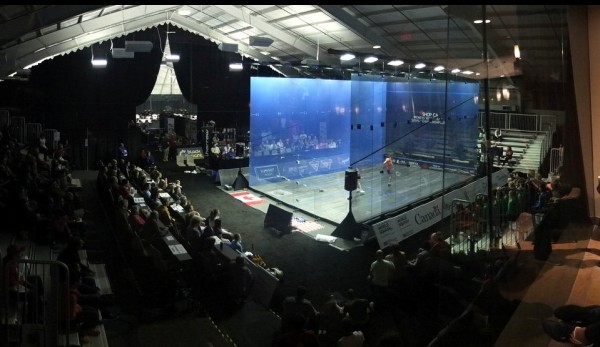 At stake was an almost certain place in the quarter-finals of the 19th staging of the biennial World Squash Federationchampionship which has attracted teams from 20 nations. 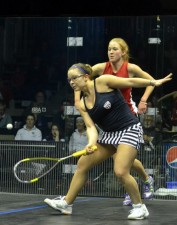 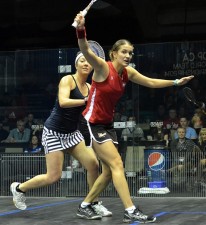 Samantha Cornett, ranked 31 in the world and the 11th seeds’ top string, threatened to level the Pool C tie when she took the second game against powerful US number one Amanda Sobhy. But the world No.11 from New York held off the challenge of the 23-year-old from Ottawa to win 11-4, 7-11, 11-4, 11-9 in 39 minutes. 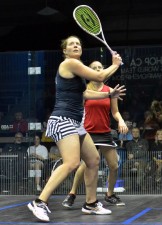 The third match pitched youth against experience as 24-year-old Canadian Nikki Todd battled for consolation for the partisan crowd against 37-year-old US player/coach Natalie Grainger. Championship first-timer Todd forced the match into a fourth game, but former world number one Grainger was ultimately too strong, winning 11-6, 13-11, 10-12, 11-7 in 34 minutes.

“It was a huge match tonight,” admitted US team manager Paul Assaiante. “It was particularly tough as we had played Mexico in the morning, while the Canadians had had a rest day – and it was our first time on the glass court. Adjusting to the conditions was tough – and they played up to it by hitting the ball high into the lights! 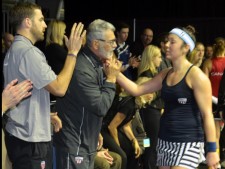 “Olivia played really well in the first match. Amanda had to grit Sam down – she outran her in the end. And, in this setting, Natalie has been there before – and that made a big difference.

“To beat Canada here on the glass court was really special – I’m really happy for the girls. It’s great for US Squash.” 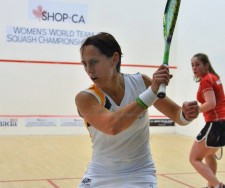 Another significant encounter took place on an adjacent court where former champions Australia, the No.7 seeds, took on 10th seeds Wales for a high placing in Pool B. Lisa Camilleri put Australia into the lead with a four-game win over Deon Saffery – then a decider looked in prospect when young Welsh number one Tesni Evans opened up a two-game lead over experienced Rachael Grinham, the 37-year-old former world number one and world champion. 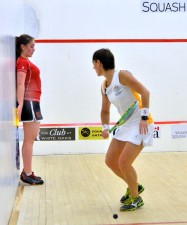 Evans, the 22-year-old world No.28 from Rhyl had pulled off the upset of the championship so far only 24 hours previously when she beat England’s world No.2 Laura Massaro. But wily Queenslander Grinham held her nerve to claw back the deficit before finally clinching the 10-12, 11-13, 11-3, 11-8, 11-8 victory in exactly one hour which gave Australia the win.

“I haven’t played Tesni that much – but she’s a good player and once she gets racket on ball she can do anything with it,” said Grinham afterwards.

“I felt comfortable after the first two games and knew what to expect. I was 2/0 down, but the games were close. I actually felt nervous when I was playing Sina (Wall) in the morning match, but I felt OK this evening. It was a good game – I think we both played well.” 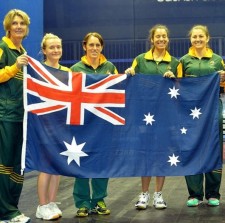 Australian team coach Michelle Martin added: “We knew it would be tough. I thought Lisa would be the underdog in the first match – so that was a big win for us. To get that first rubber was really important. Lisa played well and kept control of the match.

“We knew Rachael and Tesni would be close and unpredictable. As I said to Rachael after the second game – ‘you’ve got three to go’! It was very close but her experience was key to her eventual success.”

Earlier in the day, France claimed their second 3/0 win in two days by seeing off India in Pool D. Seeded five, France are expected to record their best ever finish in 15 appearances in the event since 1987. 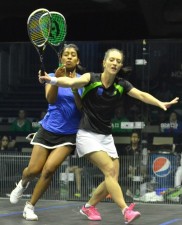 “Today was a good day for us – India are strong, even without their number one Dipika,” explained the French team coachPhilippe Signoret. “Joshana can beat the best in the world. Anaka doesn’t play much on the WSA Tour, but we knew she was strong.

“The key for us was the first match – and Coline has improved a lot. She was very focussed. It was a very good match between Camille and Joshana – 3/0 was a good win for us.

“Being seeded five shows that we are treated with some respect – but finishing fifth is not what we’re aiming for. We are a strong team – and it’s good that we have the depth that means that we can rest our number one Camille some times. But we will be even stronger in two years.”