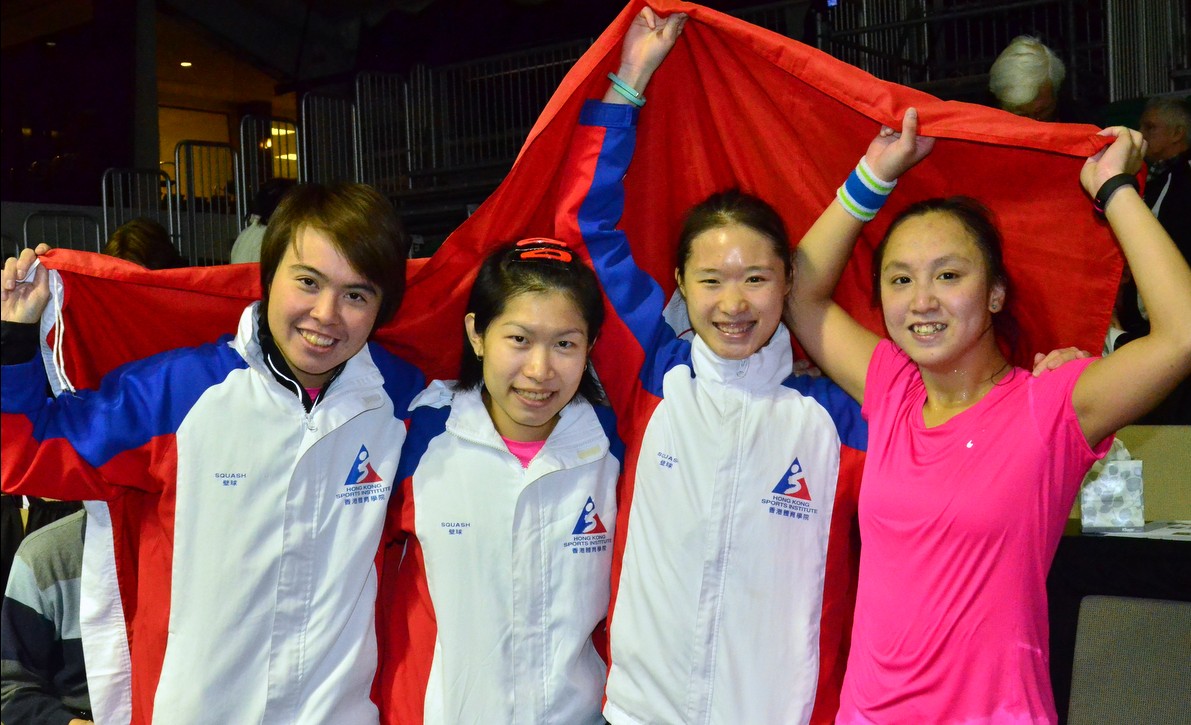 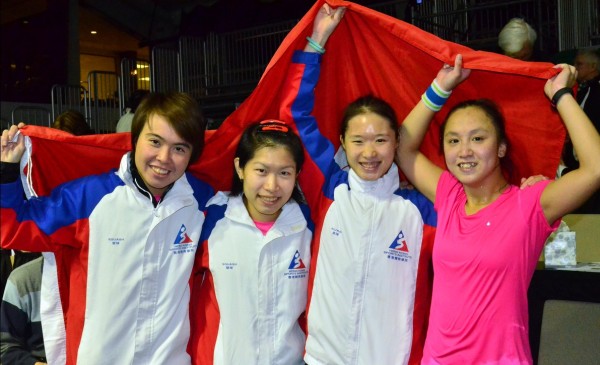 Final Pool Matches – all to seeding, but only just 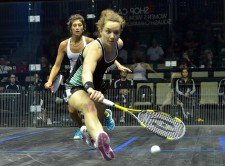 Today was the third and final day of Pool Matches, three sets of four matches to decide the quarter-finalists.

In the  11.00 matches Ireland beat New Zealand to reach the quarter-finals with Egypt from Pool A (they played tonight for top spot) , and France beat South Africa in their Pool D match, setting up a decider tonight against Hong Kong.

In the other morning matches India beat Austria 3-0 and Colombia were 3-0 winners against China. 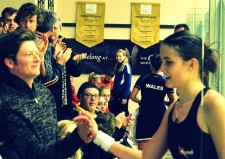 In the afternoon Malaysia beat USA – who were resting Amanda Sobhy – to decide the one/two finish in Pool C while England beat Australia 3-0 to do the same in Pool B.

Match reports and quotes from the France / Ireland / England  matches

The biggest crowd was, of course, for Canada’s match against Mexico, and the crowd weren’t disappointed as Sam Cornett saved a match ball in beating Sam Teran 12-10 in the fifth, Danielle Letourneau wrapping up the match and third place in Pool C.

The evening matches saw fourth and fifth seeds Hong Kong  and France meet to determine who topped Pool D, while Egypt and Ireland battled it out for top spot in Pool A.

With Ireland resting Madeline Perry after her five-setter this morning, Egypt took all three matches 3-0 – although Aisling Blake had game balls against Raneem El Welily.

On the glass court Camille Serme got France off to a great start with a 3-0 win over Annie Au, but Joey Chan levelled the match as she beat Coline Aumard in three.

The decider went to five, and although Laura Pomportes was within two points of giving France the win, Liu Tsz Ling fought back to take the win for Hong Kong 11/8 in the fifth and book a place in the quarters against the USA. 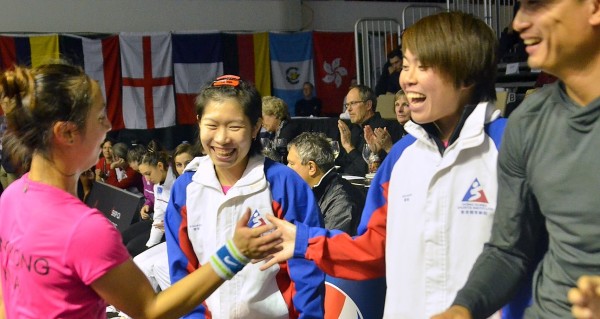 Match Reports, Quotes and MUCH more on the WWT REPORTS/BLOG

A selection of photos from today – lots more in the gallery …