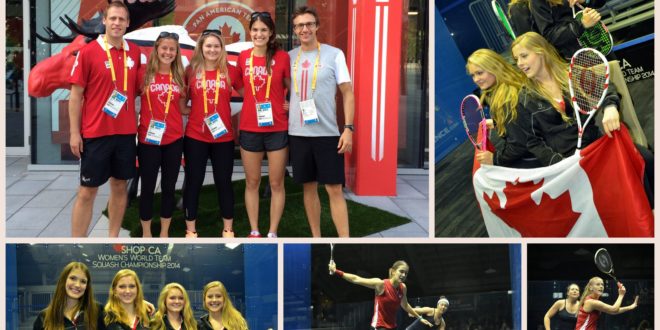 INSIDE THE TEAMS, EPISODE 6: TEAM CANADA AIMING FOR TOP 10

10 days to go before the start of the Women’s World Team Championship in Paris! We continue our presentation with a group of young players who have matured significantly since the last event at home. Boosted by Samantha Cornett’s comeback, Team Canada is ready to get stuck in.

Canada have not made the semi-finals of the Women’s World Team Championships since 1979, but they hold a record: the Great White North has hosted the event four times, the last one being two years ago in Niagara Falls. Although their result wasn’t the best in their history, it acted a real platform for a group of young players (22 year-old in average), who for most of them had never played in a WWTC. “Hosting top international events is definitely something Canada is proud of and keen to do more of in the future, says team coach Graeme Williams. The publicity gained in 2014, especially for the women’s game was great. Time will tell if it helped inspire more players into the sport. I know the players themselves got a real buzz playing in front of the home crowds.” A quick look at the ranking history shows that they’ve all been improving in the last couple of years. After her recent results Samantha Cornett should climb back up in the December rankings, and Canada will be one the few teams having four players in the top 60. 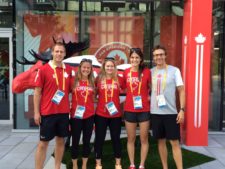 “Sam is back playing competitively and looks to be putting her injuries over the past year behind her, Williams adds. She has improved with each match and the experience she brings to the team is invaluable. Then we have Hollie Naughton who has had a strong 12 months and played some quality squash on her way to winning the Canadian National title at the end of last year. She has used the confidence from this to reach a career high Ranking of 47. Nikki Todd goes into the championship at a career high of 52 in the rankings. On her day she can cause problems to anyone. Her speed makes her dangerous and she thrives in a team environment. Finally, Danielle Letourneau‘s first 12 months on tour can only be described as a success. She has moved up to 67 in the world and won two titles along the way. She continues to improve and hopefully the World Championship will bring out the best in her.” They’ll need all that strength in depth against the United States in the group stage, in what will be a rematch of 2014 (won by the US). England being hot favourites to top Pool B, the winner is likely to make the quarter finals. “We are definitely looking to build on our position of 11th on home soil two years ago, said Williams before the draw. The team is young, hungry and improving. Our main target is to produce our best squash throughout the championship and hopefully this will be enough to see us break into the top 10.” 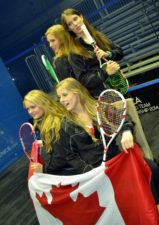 She played some wonderful matches at home in 2014, but Samantha Cornett surely wondered whether she was going to be able to feature in the 2016 World Women’s Team Championship. But after fourteen months out due to multiples injuries (foot and knee), former world #28 (who had dropped to #225 but is now back to #74) has been making a magnificent comeback in the last few weeks.

Hi Samantha. You’ve been back on the tour for a few weeks and have had some good results instantly. How do you feel about that? And did you think you’d come back to this level so quickly?

Samantha Cornett: I had no idea what to expect because I started playing tournaments quite quickly after I had no pain. I’m really happy to be playing and I think that’s why I’m getting results. It’s very easy to get caught up in results! Over the last few weeks I’ve been pushing to be as good as I can be, with no expectations. I hope it just keeps getting better.

As far as preparation goes, you will have played quite a lot of matches before the WWTC. Was it your plan to get as match fit as possible (and I guess also, to get back to the top 50)?


S.C.: Yes, I’ve had loads of match play with so many tournaments under my belt! I actually had planned to play less tournaments, however I was so excited and it was such a rough year, nothing got me as excited as the thought of playing tournaments. So we decided to take advantage of that hunger and it also turns out it’s the best way to get my ranking up and as you say, get match fit! 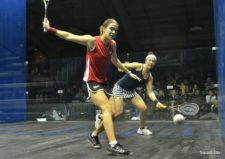 You played really well in the last event at home in Canada (she beat higher ranked players such as Samantha Teran and Joshna Chinappa). Was it kind of a breakthrough for you, and what memories do you have of it two years later?

S.C.: Yes that was a great event for me. I gained so much experience against top players, playing one gruelling match after another. And unlike the event two years prior, I felt I was playing at a standard where I could start taking advantage of those great opportunities and get some wins. That was an amazing event, Squash Canada and the Club at White Oaks hosted it beautifully. I was very proud, still am. I hope we can bring the WWTC back to Canada in the near future!

Finally, your team is relatively young and all its members have been improving lately: what is your goal for this year’s event? 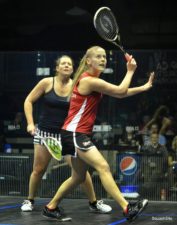