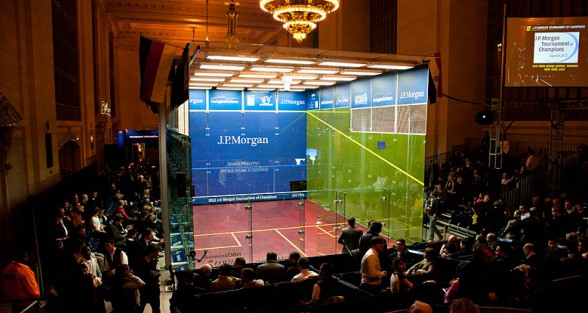 Squash is one of the most athletic sports in the world. Beyond just being great fun, new benefits of the game are discovered every day.

A Forbes magazine study indicated that squash was the healthiest sport in the world. In one hour of squash, a player can expend between 600 to 1000 calories. Squash is affordable, easy to play, accessible, builds muscular strength and endurance, and is an excellent cardiovascular workout.

Squash had its genesis in England  at the beginning of the 19th century and was exported to the colonies of Canada, India and Australia for example.

From these early beginnings, the sport gained momentum, and is now one of the fastest growing sports in the world. Squash is now played by 20 million people, on over 50000 courts throughout 185 countries and 6 continents. 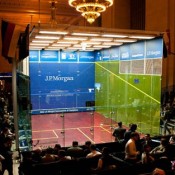 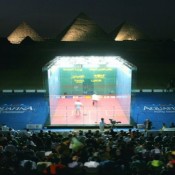 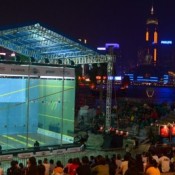 History of the WWTSC events.

The “Women’s International Squash Rackets Federation” was formed in 1976 to run regular world competitions for individuals and teams.

The first team event was staged in 1979 in Birmingham, England, six countries entered this inaugural event, with Great Britain coming out on top.

Canada has hosted this championship 3 times already: in Toronto (1981); in Vancouver (1992) and in Edmonton (2006). The World Squash Federation has awarded the 19th Women’s World Team Squash Championship to Canada; consequently, the event will be held in Niagara-on-the-Lake, the first time in Ontario in 30 years.

Canada finished 11th at the 2012 Women’s World in France. 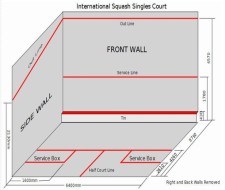 Squash is a racquet sport played by two players in a four-walled court with a small, hollow rubber ball.

A ball that lands on the out line or the line along the top of the tin is considered to be out.

After the ball hits the front wall, it is allowed to bounce once on the floor before a player must return it.

“Driving excellence in our sport.”

Squash Canada is a non-profit, national sport association responsible for the development of athletes, coaches and officials. Founded in 1915, Squash Canada sets the Canadian standards for squash and works with partners to promote the growth and development of the sport across the country.

Squash Ontario was “born” in 1976 with the amalgamation of 3 squash associations who came together to form one association, one voice for squash in Ontario.

From that time on, Squash Ontario has grown into the largest squash association in Canada, representing some 130 squash facilities and over 85,000 squash players. Its mandate is to provide an environment in which the game can grow and flourish and it continues to meet and exceed this mandate with the help of many – volunteers who are committed to the game – squash professionals who deliver so much of the programming at the club level – referees who are dedicated to ensuring that the game is played safely and fairly – and its funding partners, particularly the Ministry of Tourism, Culture & Sport.

In 1981, Squash Ontario hosted the Women’s World Individual and Teams Championships and so it is fitting, that over 30 years later, we should have the honour of once again being the host province for this prestigious women’s event.

We would be very much remiss if we did not acknowledge the contribution Mark Sachvie made to secure the bid for this event. Mark was committed to bringing the Women’s World Teams Championship to Ontario and to The Club at White Oaks – he accomplished his goal and it is now up to the rest of us, to fulfill his dream.