Spain may be the only team in the event with no player in the world top 100 but numbers don’t tell the whole story. Their number 1, 30 year-old Xisela Aranda, may have never reached the top 100 but she’s often beaten much higher ranked players in previous team events and in the very few PSA tournaments she’s played (she runs her own company – TopGame and is a speaker in leadership). 18 year-old Cristina Gomez hasn’t made her debut on the senior tour yet but she’s won four European junior tournaments in the last 12 months and as a result climbed on top of the rankings. She came close to beat France’s Laura Pomportes in a recent French League match. Most of the Spanish girls have been together in the team for a long time and will be coached by former teammate Margaux Pitarch. 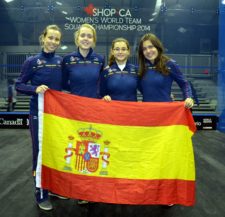 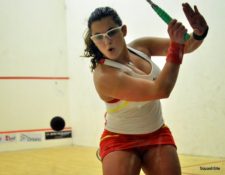