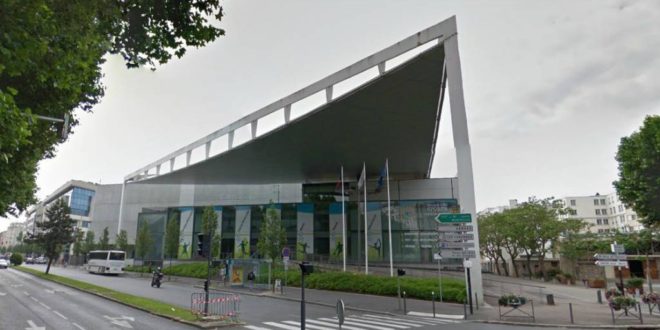 The pool stage is now over. Although there’s been some close encounters, the eight higher seeded teams went through to the quarter finals. Here is a quick preview of tomorrow’s matches at the Palais des Sports Robert Charpentier:

Here is a quiz for you: what team can leave a world top 4 player on the bench in each of their three pool matches? The answer is of course Egypt … El Sherbini and her teammates will of course be huge favourites against the United States. But the young American girls have made a real impression over the last few days and no doubt they will give absolutely everything they’ve got tomorrow. The closest match should be the clash between Nour El Sherbini and Amanda Sobhy. The two girls have been fighting since the juniors, and Sobhy won their last encounter in Hong Kong in 3 games …

The Kiwis are already ensured to do better than two years ago, when they finished 10th without Joelle King. Their number 1 put on a great performance today against Joshna Chinappa and helped her team go through to the quarters. King has never beaten Massaro in 7 matches but most of them have been fairly close. England are much higher ranked in the other positions and expected to make yet another semi-finals. 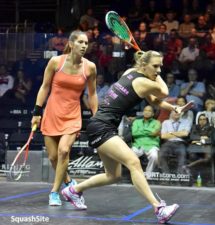 The two countries have met numerous times in the Asian Team Championship. Malaysia have been impressive in the pool stage, especially against Australia. The matchup is in favour of the Malaysians. Surprisingly Nicol David has never played against Annie Au. Delia Arnold has had the upper hand over Joey Chan lately and the young Sivasangari Subramaniam has been impressive so far.

Probably the closest fixture on paper. In number 1, Camille Serme is expected to win against Donna Urquhart, who is a good friend of hers off court. Aumard v Grinham is quite an unpredictible match-up: the two girls have very different styles and haven’t had a great start in the Championship. Although she is much lower ranked than her two potential opponents (Saxby or Nunn), Pomportes will certainly have a chance if she plays as well as she did today against Hong Kong. 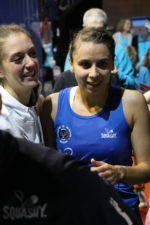