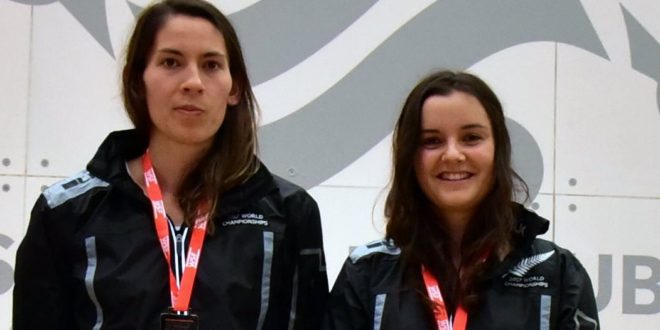 The New Zealand team for the WSF Women’s World Squash Championships in Dalian, China has been confirmed and features a couple of experienced team members as well as two new players.

The team is led by world No.4 and three-time medal winner at the Gold Coast Commonwealth Games Joelle King. The 29-year-old has had a superb 18 months on the PSA world circuit and is rated highly by all of her rivals around the world. 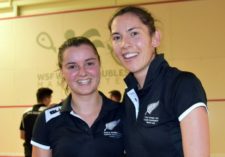 King’s women’s double team mate Amanda Landers-Murphy, who has a current singles ranking of 35 is also named in the team. Landers-Murphy from Rotorua was a beaten finalist in the NZ National Champs by King and won the gold medal in doubles with King on the Gold Coast.

Also confirmed for their first time in the team are Abbie Palmer and Kaitlyn Watts.

Palmer, 20 originally from Whangarei, but now living in Auckland has a world ranking of 84. She reached the semis of the NZ Nationals as well as the PSA tournaments in Auckland and Brisbane earlier in the year. She is set to play a number of PSA pro tournaments in the next month.

Palmerston North’s Watts, 17 is the current New Zealand junior champion and is in India with the New Zealand junior team at present. Watts was a finalist at the Court Tech PSA event in Auckland in May and is set to play more international senior events.

New Zealand’s best finish at a women’s world teams championship was runner up in 1985 and 1992. Two years ago the team finished in seventh place.

The top two seeded sides at the September 11-16 competition are expected to be Egypt and England. 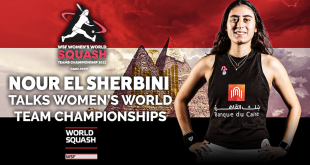 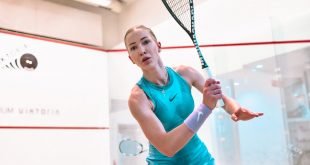