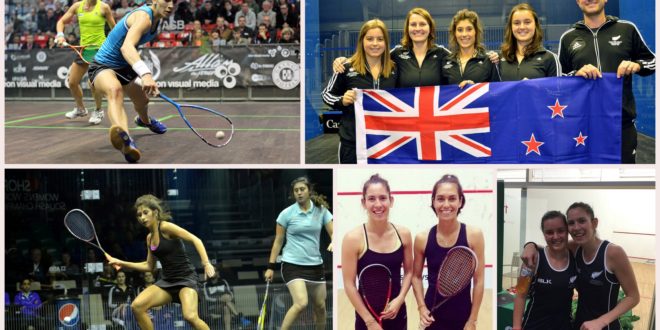 The Women’s World Team Championship starts on Sunday with the opening ceremony and our presentation of the teams who will be competing in Paris continues. New Zealand were not so long ago a powerhouse of women’s squash. To regain that position, they can count on the return of their number 1 Joelle King, as well as the experience of their new coach.

Squash New Zealand has named a coach who knows what it takes to be successful in a World Team Championship: 36 year-old Shelley Kitchen played the event seven times, winning four consecutive bronze medals between 1998 and 2004. She reached a career high ranking of 6 in 2008 and among her main achievements there are two famous wins over Nicol David on big occasions (2006 Commonwealth Games third place playoff and 2007 World Championship) while the Malaysian was already at the top of women’s squash. Kitchen had an early retirement after she became a mother (she has two daughters aged 6 and 4), but she does try to remain active: she won the New Zealand over 35 Championships for the second time in a row in October. “I try to play a couple of times a week, she said (source: www.odt.co.nz) as much as I can really, it’s good to keep playing. I’ll need to be on court with the girls in Paris, so it’s good to be able to stay fit and play with them, as well.”

Auckland-based Kitchen will be coaching a women’s team for the first time in Paris. “Obviously, I’ve played in lots of New Zealand women’s teams, she said. Coaching and managing will be a bit different, but I think I’ve got enough experience and know the girls pretty well.” In fact, she has been working with the players all year as part of her high-performance manager role for Squash New Zealand. “Everyone does have their own schedule,” she continues. “No-one’s based in Auckland, where I am. So I’m just monitoring their tournaments, I guess, making sure they’re training right. They all work as well. Joelle King doesn’t work, but the other members of the team do work and try to play squash fulltime. So they’re pretty busy girls. Getting them together is a bit of a challenge.” 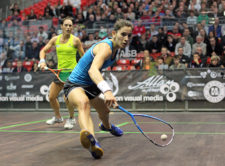 While the team is seeded lower than they may have hoped, Kitchen still feels they have a chance to finish in the top four. To do so, they will have to overcome India in pool A, in what will be one of the closest encounters in the group stage. And to reach their goals the Kiwi girls can count on their number 1 Joelle King, who missed the event two years ago due to an Achilles injury. Her absence was the main reason behind their lowest final ranking ever (10th). King has been back in the top 10 and performing consistently for a few months. Alongside her, Megan Craig is capable of beating highly-ranked players on her day, like at the last World Championship against Fiona Moverley. And Amanda Landers-Murphy will arrive in Paris full of confidence, having won three back-to-back tournaments in the last few weeks (as well as the World Doubles Championships with King at the beginning of the season). 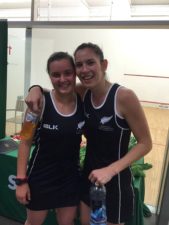