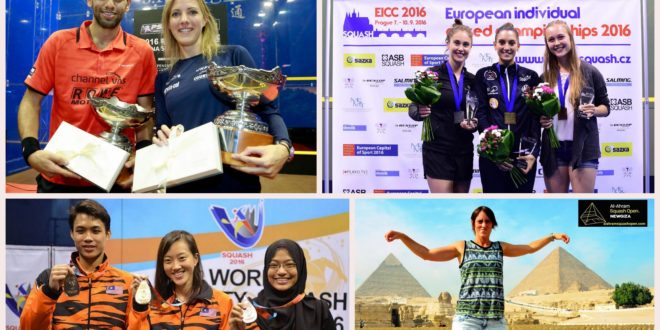 The new season may have barely started but already the tournaments are coming one after the other, with three big events taking place in the last few days.

Last Sunday, England’s Laura Massaro (#2 in the world rankings) won the China Open in Shanghai (PSA $70,000). With its glass court setup on the 11th floor of the Peninsula Hotel and looking over the famous Bund of Shanghai, this tournament is becoming one of the most iconic venues of the PSA World Tour. Massaro put an end to Nouran Gohar’s (#4) dream start of the season, as the young Egyptian had won the World Junior Championship as well as her first World Series in Hong Kong (where she’d beaten Massaro) in August. Understandably tired after nine matches played in less than two weeks, Gohar was able to claw back from 3-8 to 8-all in the first game, before surrendering under the pressure of her opponent, determined as ever. “We’ve played each other a lot recently and we both always leave everything on court,” Massaro said during the prize ceremony. “Nouran is an amazing player for her age. I’ll keep on taking the wins while I still can!“ 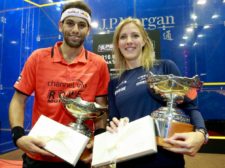 In the mid-week, Malaysia’s Low Wee Wern (#27) became World University Champion at home, beating Hong-Kong’s Tong Tsz-Wing (#50) in 4 games. She had gone back to university during her rehabilitation following a serious knee injury in April 2015. “I’m feeling good for the country that I managed to end Malaysia’s wait for a gold medal since 2006,” she said. Wee Wern played a crucial part when Malaysia won the bronze medal in the WWTC back in 2014 in Niagara Falls. But she’s been struggling to get back to her best form since she returned (she’d reached a career high of #5 in October 2014). Maybe this title – her first tournament win since the Malaysian Nationals in 2014 – will enable her to start a new momentum?

Finally, France number 1 Camille Serme (#6) added a fifth European Championship to her collection today in Prague. She had to overcome the resistance of a very determined Nele Gilis (#42). After losing the first game, Serme progressively got the upper hand and closed the match in 4. Tinne Gilis (#99) finished at a remarkable third place. She caused a big upset taking out number 2 seed Coline Aumard (#26) in the quarters (12-10 in the fifth!), before unsurprisingly losing to her older sister in the semis. Belgium have not played in the WWTC since 2004 – and will not feature in Paris – but no doubt that with the Gilis sisters (aged 18 and 20), we’ll see them return in the coming years! 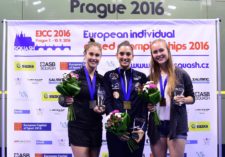