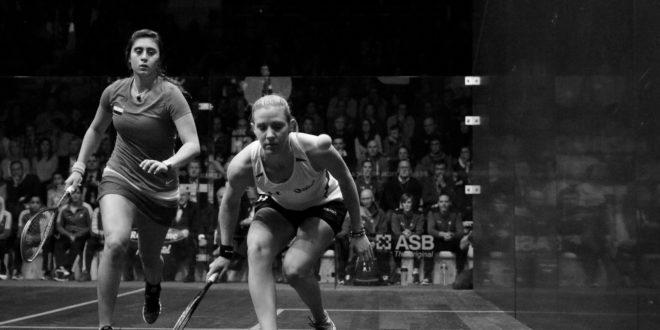 MASSARO: “SO HAPPY TO DO THAT FOR THE TEAM”

“I’m just really happy. I didn’t really get off to a great start. Nour was really up for it and I really had to ask myself some questions and do it for the team. I was desperate to put as much pressure as possible after that first game. We’ve said all week that it is just about trying to get our best performances out on the day. I was really disappointed with how mentally I played yesterday so more than anything I just wanted to make sure that I rectified that. I had to get my best squash out , then if I did that and lost, well then, that’s what would happen but I was so happy to be able to do it for the team. It’s been a while since I’ve been able to play and get a win on Nour since she beat me in the World Championships. It’s very nice to do that”.