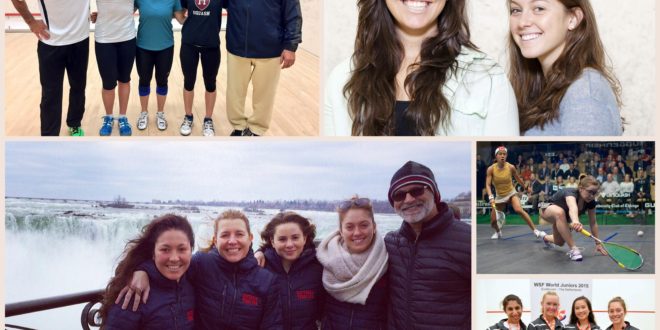 INSIDE THE TEAMS, EPISODE 5: THE UNITED STATES – A RISING FORCE

We are now less than two weeks away from the start of the Women’s World Team Championship in Paris. Today we continue our team presentation with the United States, a country that a lot of experts – and opponents – see as a potential threat, not only for this event but for the years to come. Especially now that they have added a former world champion in their staff …

“The future is bright”. In this case it is not the slogan of a very famous telecommunications corporation, but the words of US women’s team Coach Paul Assaiante. Team USA may be only 21 year-old in average but what they lack in experience – especially since Natalie Grainger’s definite retirement – they make up for in talent and hunger. Two years after reaching a best ever fifth place in Canada, they will have their eye on a semi-final spot in Paris in a few weeks. But to make it to the top, US Squash has started by laying the foundations. “Our Director of National Teams – Rich Wade – has put in place a great program and system, says Assaiante. We have seven national regions with national regional coaches. All these feed into the elite national teams, with terrific national coaches. As players come of age, we have an EAP (Elite Athlete Program) where we are able to provide funding for these young pros. It is a work in progress and it does take a village, but our junior national teams have shown great improvement (runner-up in the last three World Junior Team Championships behind Egypt) and we are looking forward to when they begin to have that same impact at professional level.” 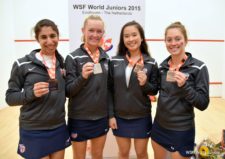 As far as she is concerned Amanda Sobhy has already started leaving her mark on the women’s tour. Although she hasn’t won a World Series event yet, the left hander has been a contender in most of them for a few months, reaching the finals in the Tournament of Champions and in Hong-Kong. “This event is extremely important to me, the 23 year-old said to us about the upcoming WWTC, because it is one of the few times when I get to play for my country and in a team event. It was great getting our best result ever two years ago, but we are looking to do even better this year and hopefully make the semis. We have all been in the team together since the juniors and know each other very well.” In terms of team dynamic it doesn’t get any better than that: Sobhy, her younger sister Sabrina and Olivia Blatchford not only were part of the team in 2014, but also World Junior Championship runner-up together in 2011. Sabrina Sobhy repeated this performance twice in 2013 and 2015, with WWTC debutant Reeham Sedky alongside her. For those two don’t refer to their world rankings to assess their current level, as they both are – very successful – college students. 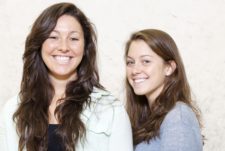 While Sobhy has reached the top 50 two years ago, Sedky (nicknamed “The Hammer”) only played her third professional match a few weeks ago at the US Open and came close to creating a big upset: she was 9-3 up in the fifth game against Nele Gilis (ranked 39 in the world) before having to retire due to a calf injury. When asked to describe his players and talk about the team’s ambitions, Assaiante becomes quite lyrical. “I don’t need to introduce Amanda Sobhy. Olivia Blatchford is making big strides and showing a renewed and deeper focus for her game. Reeham Sedky continues to play with a relentless style and a can do approach. Finally, Sabrina Sobhy is the talented butterfly who is ready to take the big step to the next level. We have not set up numeric targets for the WWTC, but rather goals about the journey. The girls are going to prepare their very best for the event, and when we arrive in Paris we are going to try and enjoy each other, and enjoy the city. We will be prepared for every match and give it our all. But what will be, will be. We are excited.”

***Pool line-ups and seedings were announced on Monday. The United States are seeded sixth and in Pool B with England, Canada and Mexico. USA and Canada already met at this stage in 2014, the Americans coming out on top to make the quarters.

Some people will certainly be surprised when they’ll see him wear a US team jacket in Paris. Former world number 1 and world champion Thierry Lincou has represented France in more than twenty team events but this time the man from La Réunion will be in a different corner. After moving to the US in 2012, Lincou was appointed Head Coach at the prestigious Massachusetts Institute of Technology in 2014, where he’s getting some magnificent results. But his history with US Squash took another turn recently. “I’ve been selected as US National Coach alongside Paul for the WWTC, he said to us. In fact, I’ve been involved with the men’s team for a little while and since very recently with the women’s. We did a training camp a few weeks ago at MIT and the atmosphere was very good. The girls are young and very eager.” 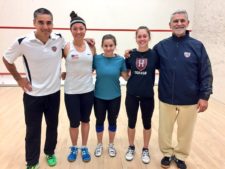 No doubt that Amanda Sobhy played her part in this, since the US number 1 has been working with Lincou for three years now. “Working with Thierry has been a dream come true, she says. I feel so fortunate that he is in Boston and that I get to work with him. He’s helped me become a complete player by building a strong foundation for me and then building up from there. Every session we have is focused on something specific, so he is always thinking and finding ways to make me better as a player. Yes he is French, but we have converted him to wearing and representing a different type of Red, White, and Blue during the event!” When asked how he would approach a possible encounter between the two nations in Paris, Lincou replied that “(he) would rather not think about that … Unless it is the finals, in which case I would be so happy for both countries.” 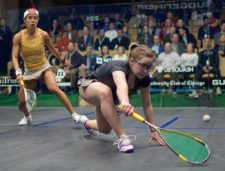