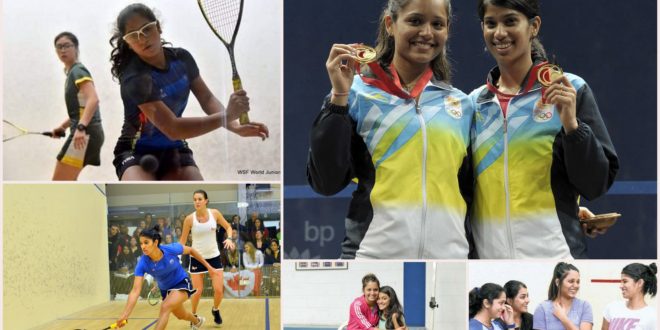 INSIDE THE TEAMS, EPISODE 11: INDIA IS TAKING ONE STEP AT A TIME

The Women’s World Team Championship starts on Sunday with the opening ceremony and our presentation of the teams who will be competing in Paris continues. India will rest their hopes on their favourite partnership – Joshna Chinappa and Dipika Pallikal Karthik. The Commonwealth Games gold medallists will also bring their experience to their junior teammates.

Indian Squash has been doing so well lately that it is hard to believe it will only be the fifth time the women’s national team takes part in the WWTC. This makes their performance in 2012 all the more remarkable: they had finished fifth, only losing to future champions Egypt and beating teams like Ireland or Hong Kong. After dropping to 14th two years ago (mainly because of Dipika Pallikal Karthik’s absence), the Indian girls want to go back on the right track. Coach Cyrus Poncha said a top-eight finish “is what we are aiming for. We should do better than two years ago. Getting into the quarter finals is our first goal.” India’s number world 1 Joshna Chinappa concurs and feels the team is looking to first enter the top eight, and then take it one step at a time. “It will be tough, no doubt, but we will do our best,” she said. The first step will be in pool A, where they will need to beat New Zealand – in what will be one of the closest encounters in the group stage – if they want to progress. 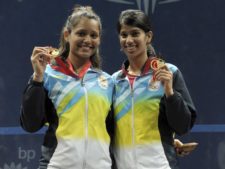 To reach that goal, India will rely on their star duo – Joshna Chinappa and Dipika Pallikal Karthik. Although they are not from the same generation, the two players have had great success in international events together, bringing some silverware to their country. Their greatest achievement is without the shadow of a doubt their Commonwealth Games Doubles gold medal in 2014. “We had come from nowhere to win the gold medal. Nobody really saw us as serious challengers. That made it something special,” Pallikal Karthik said. “When it comes to a team, we are at our best. We enjoy each other’s company.” This event will also serve as a platform for the two juniors in the squad. For Sunayna Kuruvilla and Akansha Salunkhe, it will be a learning experience and an opportunity to prove to one and all that they are here for the long haul. Sunaya is Pallikal’s cousin and will welcome her support in Paris. “Having her by my side is a great plus,” she says. “Most of the time she travels, but whenever she is free and in town, we catch up and train together. She gives me a lot of tips and talking to her gives me a lot of confidence. She is super supportive and encourages me a lot.”

She is a superstar in her country and has made several magazine covers. But Dipika Pallikal Karthik (who married Indian cricketer Dinesh Karthik in 2012) is first and foremost a very successful sportswoman: in 2012 she became the first Indian squash player to break into the top 10 and two years later she won a gold medal at the Commonwealth Games alongside Joshna Chinappa. We caught up with her a few days before the start of the 2016 Women’s World Team Championship.

Hi Dipika. The Indian women’s team has only started playing in the WWTC very recently, so how important was it to get a good result (5th in 2012) so quickly for women’s squash in your country? Are you confident that your team can perform as well this year?

Dipika Pallikal Karthik: I think what we achieved in 2012 was great! We surpassed our expectations. Having said that I think this year will be a lot tougher. The standard of women’s squash has definitely grown leaps and bounds over the years and every match will be tough. We are coming in with two junior girls in our team, and our aim is to perform up to our ability and gain as much experience for them to grow as professionals.

Could you talk to us about your collaboration with Sarah Fitz-Gerald and what she brought to you on and off the court?

D.P K: Sarah is more than a coach to me. We share a great relationship off the court which has really helped both of us to understand each other. I worked with Sarah over the last four years and she’s definitely let me understand my game more and what I need to work on. She’s moved into the court building business now to represent COURTECH and I’m sure that she’ll be successful in it like she was on court and as a coach! 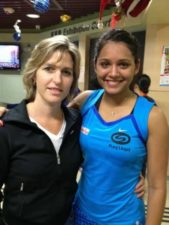 You’ve played many team events (Asian Team Championship, Asian Games, Commonwealth Games, World Doubles etc.). Could you explain how winning a medal for your country differs to winning a tournament on the professional tour?

D.P K: Winning a medal for the country tops it all. The feeling itself to represent your country is one of the greatest you can ever experience. I love playing for my country and we always bring the best to the table when representing India. You know you’re lucky enough to be one of those billion people who get an opportunity to do that and it’s a very humbling feeling. So whenever we have our team uniform on, we know we have to bring out the best! 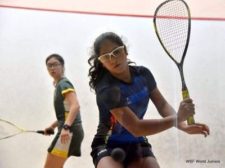