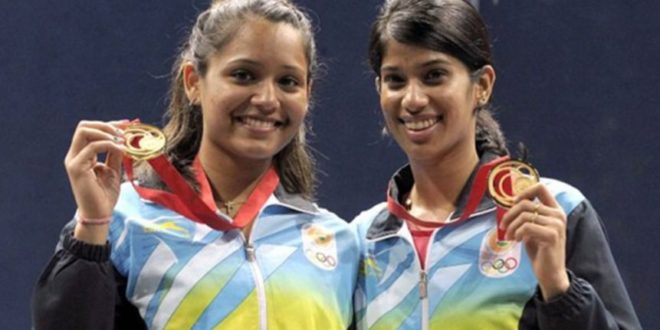 Following on from the withdrawal of Joshna Chinappa two days ago from the Indian squad for the CGG WSF Women’s Team Championship due to a wisdom tooth problem, her teammate Dipika Pallikal Karthik has also been forced to do so today due to an ankle issue.

Joshna and Dipika collected individual Bronze and team Silver medals at the just-finished Asian Games in Jakarta, and were both playing in the China Open in Shanghai this week.

The Indian Squash Federation has already replaced Chinappa with Aparajitha Balamurukan for the Championship which start next week in Dalian, China, but there is no word yet on Pallikal Parthik’s replacement.

The Indian Team seeding was dropped from seven to eleven due to the Chinappa withdrawal, but will remain unchanged in accordance in World Championship Regulation provisions following this withdrawal.