Unlike the four other countries, Germany was once a major player in women’s squash, finishing in the top 8 in the WWTC between 1987 and 2000, and clinching numerous silver medals in Europe behind unbeatable England. This success was strongly related to Sabine Schoene, by far the best German female player ever (she reached a highest world ranking of 6 in 1997) and times have been more difficult since her retirement. Like two years ago in Canada, Germany will be led by Sina Wall, their only player who plays on the PSA World Tour on a regular basis. 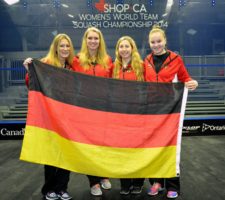 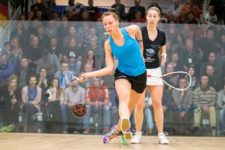