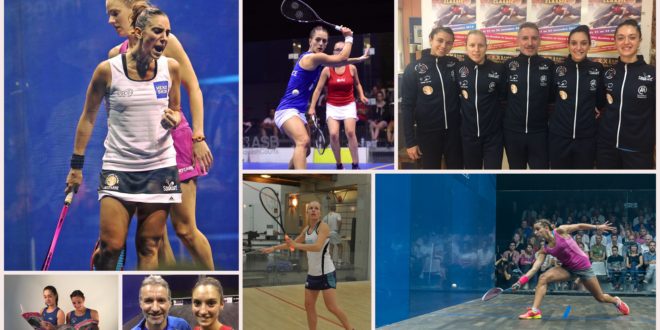 The Women’s World Team Championship starts on Sunday with the opening ceremony. Our team presentation is coming to an end and today we focus on the host country, France. After equalling their best ever finish in 2014, Les Bleues would love to clinch a first world medal at home. They will of course rely on their number 1 Camille Serme, as well as on other improving players, especially Coline Aumard.

The French girls are dreaming of a top 3 finish. Having firmly established their number 2 position in Europe behind unbeatable England, Camille Serme and her teammates now wish to become a major player in the world scene. Especially this year where they will play in front of their home crowd again, four years after the WWTC in Nîmes. “Playing at home was something unknown to us and we put some negative pressure on ourselves, National Coach Philippe Signoret told us. We talked about it this week, it will be important to use this experience in order not to make the same mistakes again. To do so, we can use the example of the Canadian team in 2014. Although their final result (11th) wasn’t necessarily impressive, they managed to create a special bond with the crowd. Squash is a sport where players often lose money when they travel to a tournament, but we have to go beyond that. It is paramount to be able to enjoy the moment, and to show people what we are capable of. It will be our job to go and get their support, which we’ll definitely need to achieve our goals.” 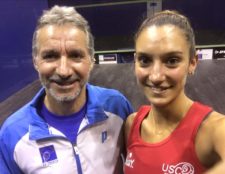 Signoret does not beat about the bush when it comes to goals. “As usual in team events, we’ll take one step at a time and initially focus on the pool stage. But our aim is definitely to get a medal and we will be very disappointed if we don’t. The girls will have to play to the best of their abilities, maybe higher, but they have the experience and they are capable of doing that.” French number 1 Camille Serme concurs. “Yes our goal is to reach the semi-finals (there won’t be a third place playoff match which means the two countries losing at this stage will both be awarded the bronze medal). It will be difficult with the Big 3 (Egypt, Malaysia and England) as well as some emerging countries such as the United States or India. But I am convinced that we can do it if we come into the tournament ambitious and united. Coline (Aumard) has already proved she can beat top 20 players, and I have total confidence in our number 3s (Laura Pomportes and Chloé Mesic).” Fully aware that the success of the team is strongly related to the players’ improvement, Signoret says that a squash team event “is actually what I call a gathering of individuals. The priority for the players is to get results on the tour, not only for them but also because it has an impact on their team seeding. It is very different from other sports where a few major events overshadow everything else.” 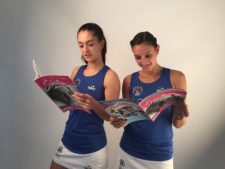 He can obviously count on Camille Serme, who hasn’t missed any team championship since her debut in 2006 (5 WWTCs and 11 ETCs). After a slightly difficult spell at the beginning of season, the world number 6 wrote a major chapter of her career in Philadelphia a few weeks ago, winning the US Open after beating Amanda Sobhy, Laura Massaro and world number 1 Nour El Sherbini, who are all potential opponents of hers in Paris … She will therefore be both full of confidence and rested having played her last tournament a few weeks ago. Her training partner Coline Aumard (who had some ankle issues this week in Monaco but will be fully fit for the event) also has the experience: it will be her fifth World Team Championship. As Serme said she had a few big scalps in the last year or so, and her rise allows her team to have higher ambitions. Aumard was frustrated not to go on court at the last European Team Championship final (England had already won before the last match). She will be especially eager to perform well in Paris because she was born and lives in the area. “The final against England is a good point of reference for the future, she said at the time. We must use it to become stronger, individually and also as a team. We get on well and our mental strength keeps on growing. Those things will enable us to become European champions one day, and to get a medal in the World Championship.” 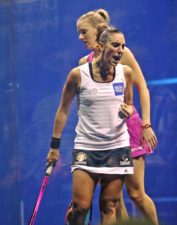 The draw put the Frenchwomen in Pool D with Hong Kong, like two years ago. “They beat us otherwise we could have finished even higher than sixth, says Signoret. Their number 1 Annie Au has the ability to make her opponents play badly, but Camille (Serme) has had the upper hand in her recent matches. Coline (Aumard) played against their number 2 Joey Chan a few weeks ago and lost 11-9 in the fifth game… Finally Laura Pomportes and their number 3 – constantly improving Liu Tsz-Ling – had met in Niagara Falls and the girl from Hong Kong won after more than an hour of play. We can surely expect a tight encounter.” It will take place next Wednesday on the glass court setup in the Palais des Sports Robert Charpentier in Issy-les-Moulineaux. If all goes according to plan, it will be the first leg of the trip which could lead France to the top 3 … 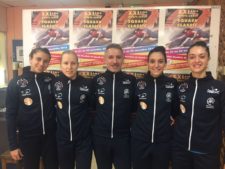 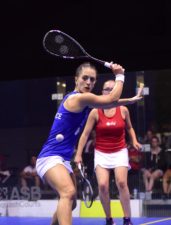 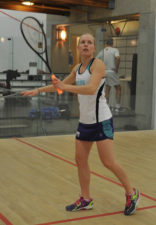 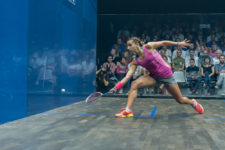 We will conclude our team presentation tomorrow with 2016 WWTC favorites – Egypt and their 3 players in the world top 4.