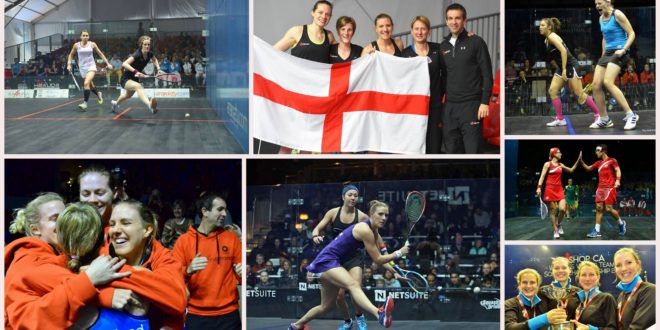 The Women’s World Team Championship starts on Sunday with the opening ceremony. Our presentation of the teams who will be competing in Paris continues with the title holders. Team events always bring the best out of the English players, and Laura Massaro and her teammates will do everything they can to perpetuate the tradition.

“Timing is everything”. If that quote is true, then England can approach the World Team Championship with some hopes of retaining their title. Egyptian girls have been making the headlines – deservedly so since they boast three players in the top 4 and have been winning most of the major tournaments – but although they’ve had less exposure the English ladies have come into some great recent form. Sarah-Jane Perry recently scored the two best victories of her career in Al-Ahram, Egypt, beating Camille Serme and Nicol David. Alison Waters just got back into the top 10 after an excellent tournament in Brooklyn where she beat Joelle King and Serme. Finally, and although she didn’t make the semi-finals in the first two World Series events of the season, Laura Massaro won in China and in San Francisco. “No doubt that will help their confidence leading into the event, says national coach David Campion. Although it can easily go the other way, at the moment our top 3 girls are in winning habits. In tight matches, this can be a deciding factor as there are such fine margins between all the players on the tour right now. We have selected a team we believe are strong contenders and have every chance of successfully defending our title. Besides Laura, Alison and Sarah-Jane, we have Victoria Lust who deservedly earns her selection having been a consistent performer on the World Tour throughout 2016. She has been causing problems for much higher ranked players, so we are confident that she can do a fantastic job when required.” 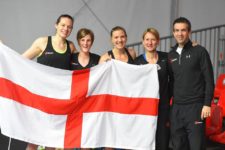 “I’m really looking forward to competing in France with the team, says England’s number 1 Laura Massaro. We compete as individuals most of the time so it is great coming together as a team and supporting each other. Going in as defending champions means the pressure is on us, but we are ready for the challenge.” If this challenge had a name it would probably be called Egypt, which has been a very dominant force on the women’s tour for a few months. Although the two rivals didn’t cross paths two years ago, they’ve met in three of the last WWTC finals. “The Egyptian team is the strongest we have ever seen right now and go into the tournament as hot favourites, Campion told us. Malaysia as well as France and Hong Kong will offer up some tough opposition given their individual players. The team that doesn’t have a high seeding but look very capable of causing an upset are USA. We have them in our group so I just hope that upset isn’t us!” 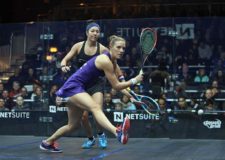 ALL FOR ONE AND ONE FOR ALL

England – whether it is men’s or women’s – boast an absolutely incredible record in team events.

As far as the ladies go, they have won 37 out of the 38 European Team Championships, and they’ve been featuring in 18 of the 19 WWTC finals, coming out as the champions 8 times (and the two other times they finished third, which means they have never watched a prize ceremony from the outside …). Two years ago, Laura Massaro, Alison Waters and Sarah-Jane Perry (as well as recently retired Emma Beddoes who’s been replaced in the squad by Victoria Lust) ended a streak of three lost finals, beating Malaysia in the last day of the tournament. So what’s the secret behind the success?

“First of all, David Campion told us, English players are incredibly proud to represent their country. You can see that from the passion that they play with whenever they pull on the shirt. Secondly, we train our National teams together. The women train with the men and the academy train with/alongside the senior players. The culture is one that you give and take. One day you may have the opportunity to train with a Nick Matthew or a Laura Massaro and the next day you are on court with one of the development players. This gives a sense of unity, a togetherness that helps to build a team spirit that is critically important in those high pressure moments, at the event itself. A feeling that you would do whatever it takes for each other.”

Campion’s explanation is reinforced by Laura Massaro’s reaction after we asked her what it meant for the English players to represent their country: “My overall feeling of playing the World Team Championships is one of pride and excitement, the world number 2 said to us. We have such good team spirit and I feel representing England brings something special out of us all. Some of our past final losses have been tough to take but we always learn from them and improve. Winning in Canada was amazing as it was my first World Team Title and I know as a team we can’t wait to try and retain our title in Paris.” 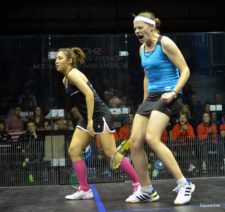 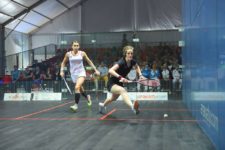 In a few days, we’ll give you a little insight into the Egypt versus England rivalry, who’s been a big part of the WWTC recent history.