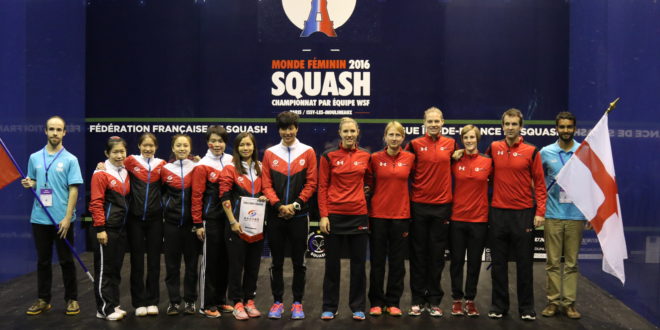 INTERVIEW WITH THE ENGLISH NATIONAL COACH, DAVID CAMPION, AFTER THEIR WIN  AGAINST HONG KONG CHINA 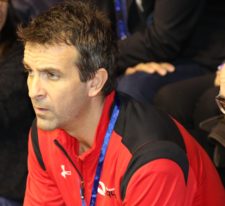 Well, David, what did you feel about the match today ? Laura had a bit of a tough start, didn’t she ?

Yes, she did. Annie came out very strongly. She played to her level today. Laura got to a bad start and about half way through the first I was thinking  Laura would settle down but she didn’t. I mean having got off to a bad start, she came back after. She didn’t panic. That’s what she’s very good at. She looks for a solution and tries to find a way and that’s what she did. She lost the first game badly and it is never a good sign but she managed to come out on top. She didn’t play particularly well  but she just tried to make it harder and harder for Annie. However, you’ve certainly got to give credit to Annie. She played well.

Sarah had a good game though.

Yeah, she was the strong favourite. Once Laura had won her  match, of course Sarah-Jane was more confident. It’s always a bit of a worry when you go one down and you expect to win  the game and you lose it. It puts a lot more pressure on the other girls. Going into the second match, Sarah-Jane settled down and that allowed her to get into the game and concentrate on playing at her level.

So you’re into the final now again. Is this one just as important as the others ?

Yes, it’s massive for us all. The girls have worked really hard for this. We spend a lot of time together playing and training together as a team. They’re really excited about being in the final. We haven’t talked about it yet but I know they will be. We just try to give it stress free. It’s stressful enough as it is. You feel like you’re letting people down if you don’t play well. What these guys are good at is having a bit of fun and it keeps things quite light.

At the moment, you’ve got a really good team with two players in the top 10 but what about the future ? Have you got younger players coming up ?

At the moment, we’ve got the best generation of female players that England has ever had. We’re quite aware that it won’t last for ever but we have got  players who didn’t make the world teams here such as Emily Whitlock  and she’s ranked 14 in the world. She’s only 22.  We’ve got the younger generation coming up – Vicky, SJ , Emily – and beneath them, we have some very good U15 and U17 junior players – some really talented kids and as long as they want to devote their time and effort to being full-time players when they have finished their studies then we’ll see. It is going to be hard to produce what we had  before because we had such strong players who were all around the top 10 but you can’t always be the best all the time.