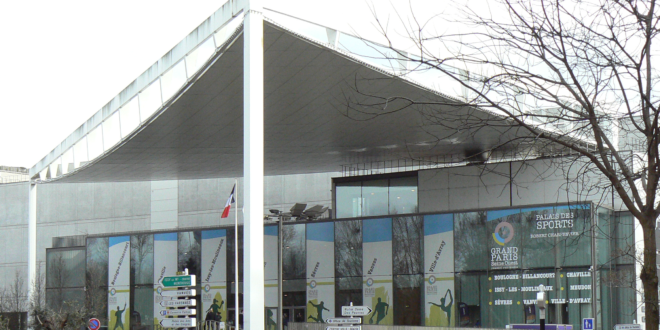 LAST MATCHES OF POOLS AT THE PALAIS DES SPORTS

The derby between England and Wales was the first match to be held on the glass court at the Palais des Sports. Sarah-Jane Perry (England ) and Hannah Davies ( Wales) were the first on court. Sarah took a quick lead and won the match 3-0 ( 11-1, 11-4, 11-3 ). The second match opposed Alison Waters and Tesni Evans. A much closer game and Tesni proving to be on top form won in straight sets 3-0 ( 15-13, 11-9, 11– 5). This made it 1-1 and so the final match between Victoria Lust and Nia Teifi was to be the decider. 3-0 for Victoria. As expected, England finish first in their pool with a 2-1 win over Wales.

A few COMMENTS FROM Tesni Evans after her win over Alison Waters :

« Today was good. I played well and just took my opportunity  so I’m very happy with that. We’ve had team events before where we have had one win but never two so we’ll just have to see what Nia can do….. I’m hoping she can pull through but it’ll be very tough. They’ve got a great team. However, we’ve always got really good team spirit whoever’s in the team and we usually overachieve  every year in team events ».

Victoria Lust after the game

« I just tried to be as relaxed as possible – not to let the occasion get to me. I felt good. It means a lot to be playing in the Worlds and it’s obviously harder to deal with but the atmosphere in the English camp is awesome and we all get on really well ».