CANADIAN SQUASH TEAM SET TO HOST THE WORLD IN NIAGARA

This past weekend the National Squash Academy hosted the Women’s National Team Selection Trials to select players for the Shop.ca Women’s World Team Squash Championship held December 1 -6, 2014 at White Oaks Resort & Spa in Niagara-on-the-Lake, ON, Canada.  With 3 spots up for grabs, the action was intense with many closely contested matches. 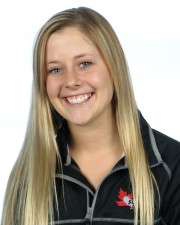 The qualifiers for Team Canada are: Nikole (Nikki) Todd, 24 of Regina, Saskatchewan who won Pool B with a perfect 4-0 record.  Todd becomes the first player from Saskatchewan to represent Squash Canada at the Senior World Team Squash Championship.  Todd who is ranked #3 in Canada and 75 in the World on the Women’s Squash Association (WSA) world rankings. 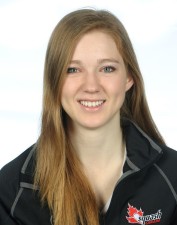 Calgary’s Danielle Letourneau, just 21 years old was also a qualifier by winning Pool A.  Letourneau a senior at Cornell University is also the captain of the university squash team and holds a #6 ranking in the US College Squash Association rankings. Letourneau who reached the finals of the Canadian Squash Championships this past May in Edmonton as an unseeded player is one of the top prospects on the Canadian Team, having recently finished with 3 medals at the Pan American Squash Championships (bronze – singles; silver – team, bronze – doubles). 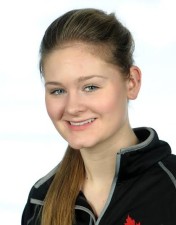 The final qualifier was Hollie Naughton 19, of Oakville, Ontario. Naughton, who just last week reached the final of her first WSA World Tour event the Nash Cup in London, Ontario is a former Canadian Junior Champion and was part of the 5th place Canadian Team at the 2013 World Junior Team Championship in Poland.  Naughton is also ranked #4 in Canada and #71 in the world on the WSA world rankings.

A relieved Naughton said, “It feels good to make the world team as I’ve never played at such a prestigious event before. Especially as it’ll be In front of friends and family. Its a great boost for my confidence as I have had some disappointing results and it feels good to coming out on top finally”. 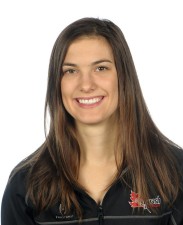 World #30 and Team Canada Captain Samantha Cornett of Deep River, Ontario will lead the team.  Cornett one of the rising stars on the WSA world tour is a two-time Canadian singles champion and was a 2011 singles silver medalist at the Pan American Games.  This past September, Cornett reached the finals of the Pan American Squash Championship where she lost to Mexico’s Smantha Teran 3-1 in the final.  Cornett, Letourneau, Todd and Naughton finished 2nd to the United States in the team event losing 2-1 in the final.  Earlier this year Samantha Cornett reached the Rd 16 at the World Open singles championship in Malaysia.

One of Squash Canada’s greatest female players Melanie Jans of Georgetown Ontario and the current Squash Director at Club Meadowvale in Mississauga will lead the Canadian Team.

Squash Canada’s Executive Director Danny Da Costa who is also the Championship Director for the Women’s World Team Squash Championship said, “Although we are sending a very young team to the Women’s World Team Squash Championship, our girls have tremendous potential for success. I think the world will soon take notice of the excellent work being done in Canada by our Performance Director Jamie Hickox, our National Coaches and the Centre of Excellence staff including Former World #1 Jonathon Power who are working hard to restore Canada to the forefront of world squash”.

The Shop.ca Women’s World Team Squash Championship is the pinnacle women’s event on the international squash calendar.  Held every two years, this year’s event will feature 9 of the top 10 players in the world and the best female squash players from 20 countries on 6 continents will take part.  Canada is hosting the event for only the 4th time in the Championship’s history.

Tickets to the World Team Championship are available on www.squash.ca or via the championship website www.wsfwomensteams.com