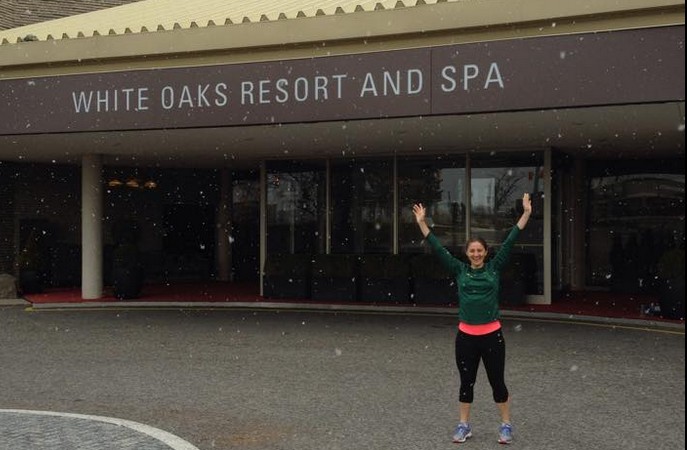 Former world number one Rachael Grinham will be ‘key’ to success for Australia in next week’s SHOP.CA WSF Women’s World Team Squash Championship in Canada, according to team coach Michelle Martin.

The former champions are 7th seeds in the 19th staging of the biennial World Squash Federation championship atWhite Oaks Conference Resort & Spa in Niagara-on-the-Lake, Ontario, from 1-6 December. 20 nations will be represented, with all the world’s top ten players in action.

Australia are bidding for a record tenth title – and former world individual champion Grinham played a leading role in the country’s last three title triumphs, in 2002, 2004 and 2010.

“Rachael, being our number one, will be key to setting up a good result for the team,” said squash legend Martin, winner of six British Open and three World Open titles. “Rachael has been having a great year to date.

“Lisa playing at two will have a very tough tournament but Lisa has been finding some great form and will be playing confidently. Sarah and Christine, although relative newcomers to the Australian team, will create great energy within the team environment which can lift their games to another level.

“It has been an interesting year for our squad of players. Kasey Brown announced her retirement at the US Open and we will miss her this time around. Donna Urquhart is also out of our team this year due to injury. Although these players would have strengthened our side we just have to get on with the task at hand now and I believe the girls in our team will be able to create some significant breakthroughs.

“I am looking forward to working with this team – these girls are all very excited and really looking for a great result. Christine, our number four player, hasn’t played in this event before so I am enthused for what can be created from new talent coming through.

“Each pool match for us will be tough and we will be looking to better our seeded position. There are so many more threats now as many countries are getting stronger and it can come down to order of play on the day that create a major difference in result.”

Australia will begin their 2014 campaign in Pool B, alongside second seeds England, 10th seeds Wales, and Germany and Spain.